Serena  Kreamer (Founder/Managing Director) worked as an elementary school teacher and substitute teacher  throughout California as her husband moved their family many times until they made Fairfield, California their home. She opened up Wise Tutoring Center and worked with hundreds of Solano County children improving their academics and study habits. While she was raising her three sons, one of them enrolled in a show at Solano College and her life never was the same again. She was asked to coordinate a youth theatre program for Solano College. Solano Youth Theatre was created.  After leaving Solano College after 5 years, she opened up Missouri Street Arts Academy where she integrated theatre classes along with productions for children and teens. After her husband passed away, she took a year off and then decided to venture into Vacaville and open up J&S Performing Arts Center, which she successfully runs with her two sons, dedicated staff and amazing parent volunteers. Serena created J&S Center to be a safe place for children and teens to develop their talents and gain self-confidence.  Not only is J&S Center a youth theatre, but also a second family to many. She welcomes you to come along on this journey experiencing theartre in an educated, loving, challenging, and nurturing environment.
serena@jandsperformingarts.com 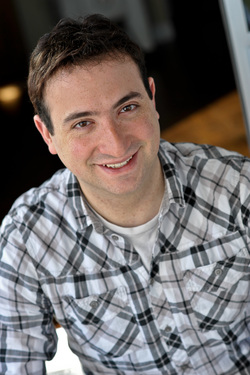 Jeremy Kreamer (Voice Teacher and Music Director) has been performing professionally since he was eight years old. A Bay Area native, Jeremy graduated from Will C. Wood High School in Vacaville CA after performing with the Sylvan Singers, a well-known singing ensemble in Solano County. Jeremy has received a Bachelor of Music degree in Vocal Performance from the San Francisco Conservatory of Music. Jeremy has also appeared in numerous musical theatre productions including A Little Night Music (Henrik), Assassins (the Balladeer), Crazy for You (Bobby Child), Anything Goes (Billy), Urinetown: The Musical! (Bobby Strong), The Mikado (Nanki Poo), The Rocky Horror Show (Riff Raff), Little Shop of Horrors (Seymour), and Little Women (Laurie), and Forever Plaid (Sparky). In addition to performing in productions and taking voice lessons, Jeremy also has training in dance. He has taken jazz and tap classes with Lisa Clark and Staci Arriaga. Jeremy has also attended numerous acting classes throughout the Bay Area.
​
Jeremy has been teaching at J&S since the beginning where he acts as music director for various productions along with directing the J&S Company and Touring Company.  Jeremy has a passion for the arts and hopes to pursue this passion professionally throughout his life through performing, teaching, and directing.
jeremy@jandsperformingarts.com 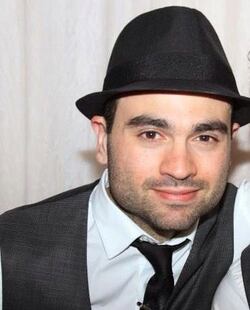 Adam Kreamer (Director) has been performing since the age of 3, whether it has been on stage or singing and putting on shows with his younger brothers in their living room. He grew up a jock, but entered the world of theater after watching his brother onstage. Adam has studied theater at Solano Community College, Bradley University, and California State University, Sacramento.  He has trained under Jon Tracy, Chad Fisk, Carla Spindt, George Brown, and Steve Snyder. Some of his favorite roles include Honza (I Never Saw Another Butterfly), Ponyboy (The Outsiders), Bottom (A Midsummer Nights Dream), Antipholus of Syracuse (A Comedy of Errors). Adam has directed for J&S Center since the opening of their doors in July of 2007.  The passion for directing children and teenagers onstage is brought out by watching the transformation of each student as they walk out and perform onstage. Their confidence and self-esteem grow with every line that is said and with every note that is sung. Adam believes that J&S Center is neither about the 500-seat theater nor luxurious set; it’s about the substance that is being portrayed onstage. It’s about the child, and the child’s will of gaining self-confidence through the arts. He is a full time PE and Theatre Arts teacher for Kairos Public School Vacaville Academy. 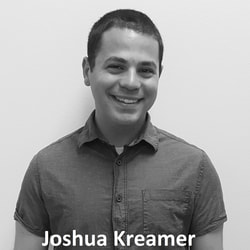 Joshua Kreamer, (Director) grew up with immense enthusiasm and love for the theater. Joshua has been in various productions throughout Solano County both in the spotlight and behind the scenes. As a child, Joshua always had a love for the arts. He enjoys music, stage, videography, dance, and even culinary!
After a five year hiatus, Joshua realized he had a void in his life; the passion to perform. Along with his full time job working in Physician Services at a Clinical Laboratory, he quickly found a promotions/mascot position with the Oakland Athletics. That was the moment he realized the most rewarding job of all – creating joyful memories for children.
Joshua is making a return to his original love of the performing arts. Joshua has many fond memories of a joyous childhood growing up in the theater and is so privileged to now be involved as a director. He believes that the theater is a wonderful environment to have the comfort of expressing yourself without judgment, building self-confidence, learning self-discipline, and most importantly having fun! Joshua is ecstatic he gets the chance to pass on these tools and work with the amazing budding talents of J&S Performing Arts Center!